Lessons from the Rain and Flood

Living near the top of a hill meant that our Brisbane house was safe from flooding and the garden was relatively unscathed in the 2022 extreme rain event.

The deluge from above combined with sodden soil and runoff from higher properties to create rivers flowing through the garden toward the lowest points - especially the front verge.

Normally rainwater is slowed and absorbed before it gets that far. Not this time.

So while the clay soil in the garden is still far too wet to do much, the concrete path on the verge means I can tackle the damage and make adjustments.

Mulch on the Verge

A common restriction in Council policies is that mulch must be low enough to avoid washing into the stormwater.

I'm not a fan of thick mulch in native gardens but have a mulch path for the postie and light mulch on bare patches - low enough to stay put normally. Again, not this time. 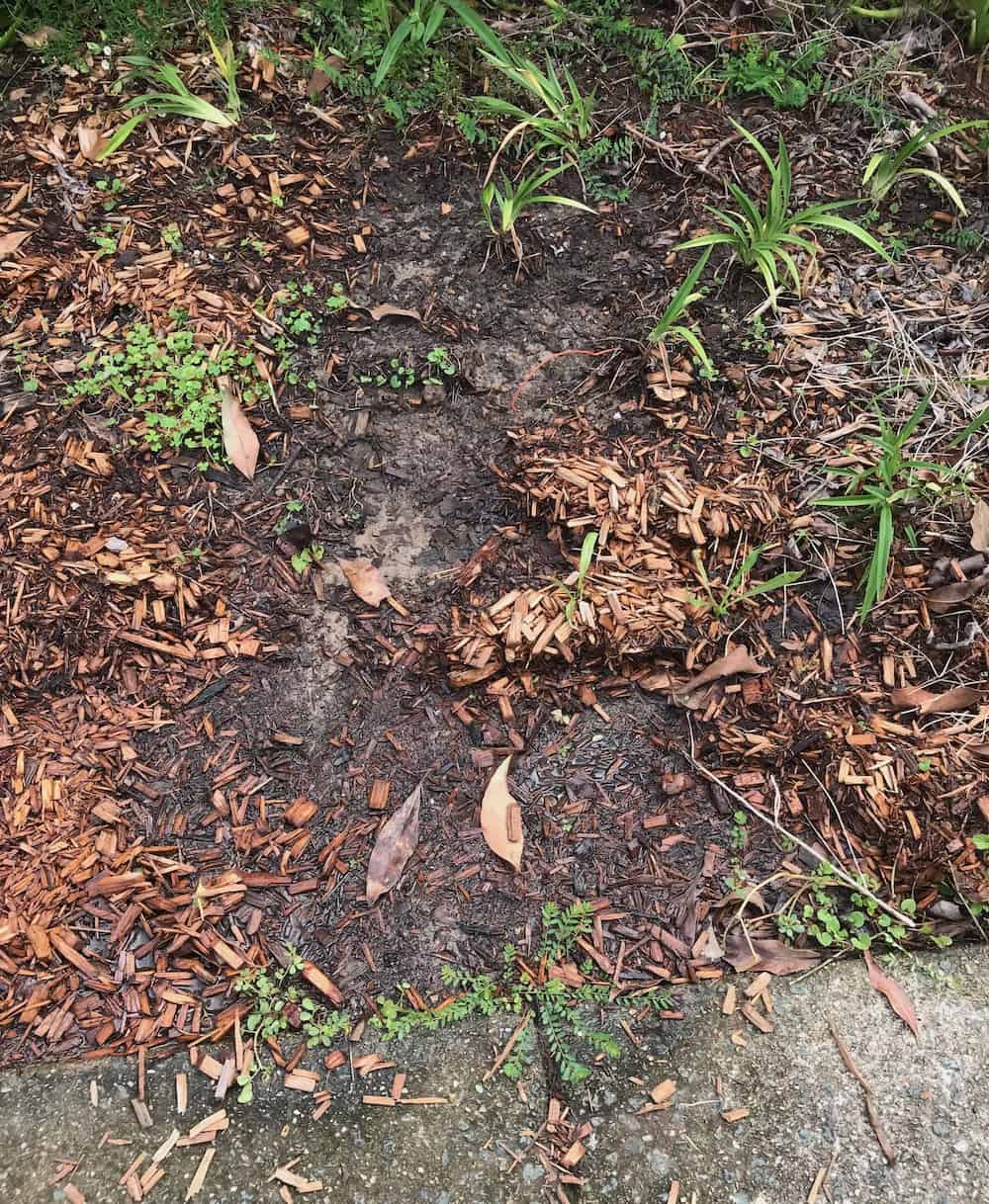 The floodwater carved pathways pushing aside mulch and washing away topsoil from around the roots of the young dianella plants. This is the bottom of the postie path. The rain was pushing north, the water on the ground was flowing south. 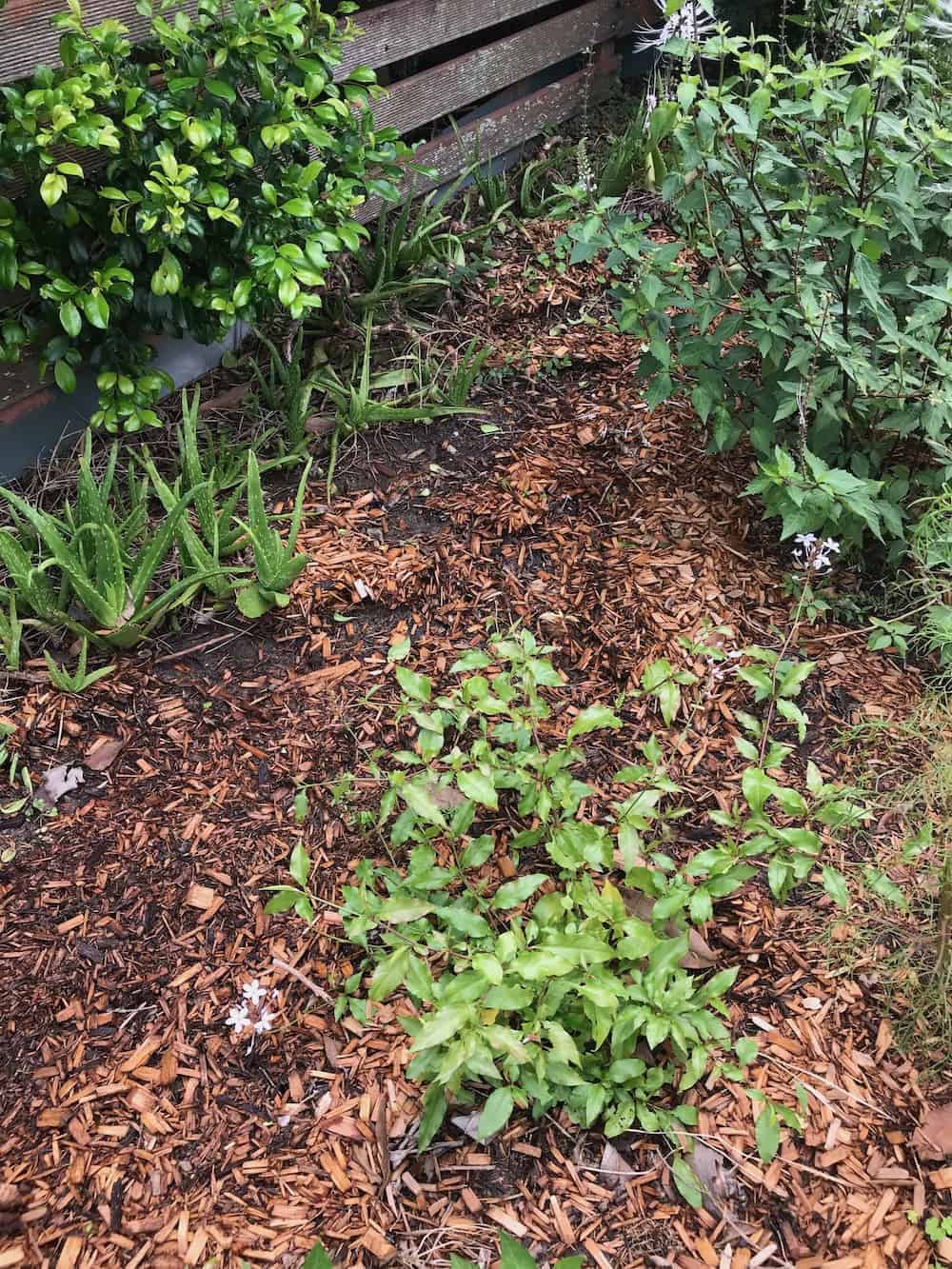 Higher on the slope the Plumbago zeylanica wasn't bothered by the rain and held the soil and mulch around it in place. Nearby exotics (zinnia and cosmos) drowned in the soggy clay soil and have been removed.

Groundcovers on the verge 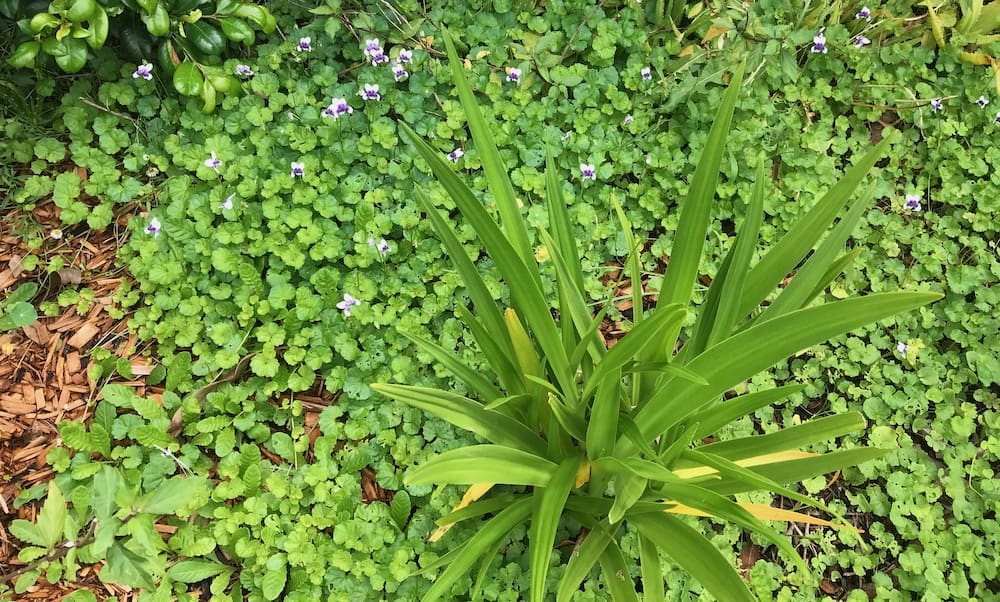 Further along where the slope is steeper the mixed ground cover of Dichondra repens, Mazus Pumilio, and Viola banksii around a Crinum pedunculatum held everything perfectly in place. 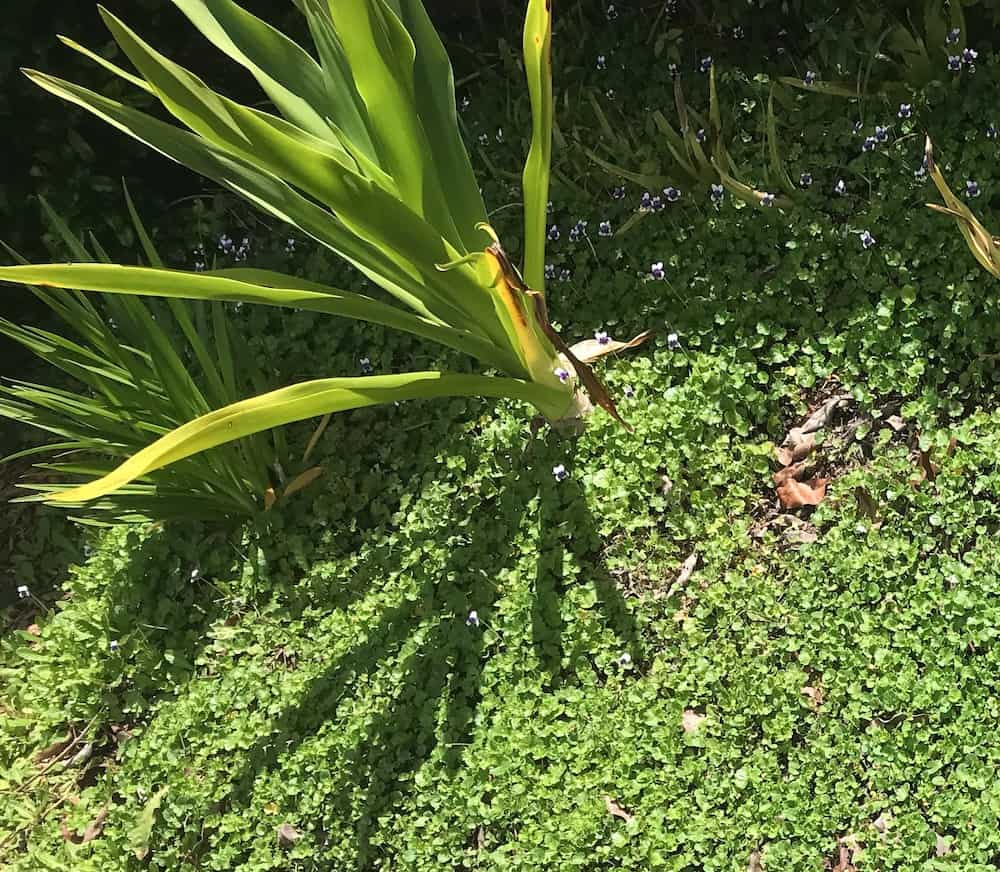 Another shot a bit further along where the slope is steepest you can see the Viola banksii  is strongest at the back where it gets shade from the hedge. There's another Crinum pedunculatum and some aloe vera in the background. There's no erosion from the floodwater here and a living mulch to protect the soil now the sun is out.

The mix of the groundcovers changes with the seasons. They suppress weeds and catch fallen leaves from the higher plants to feed the soil. In very hot weather I sprinkle a little sugar cane mulch that works its way in.

Flat and green and better than grass 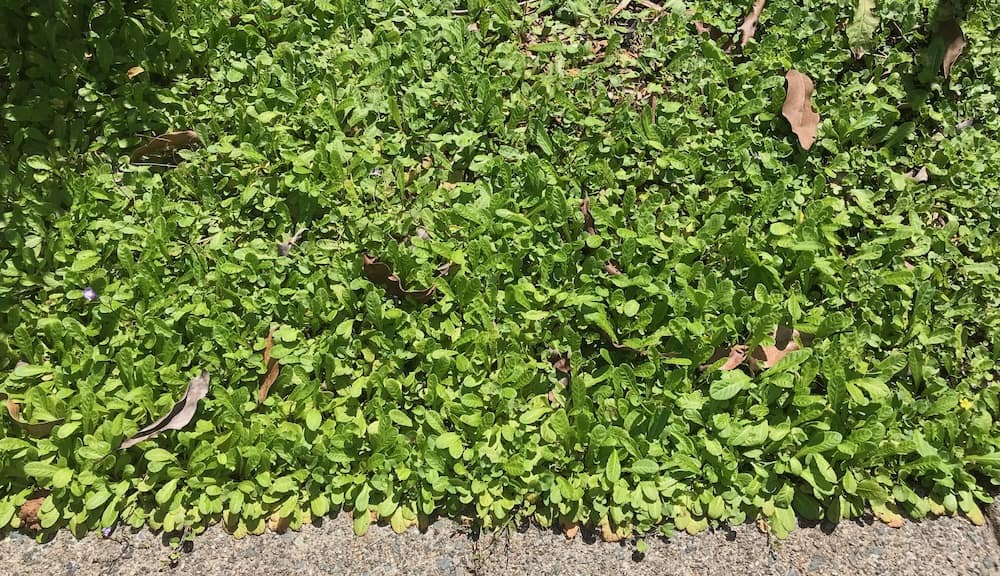 I'm really pleased with the performance of the Mazus pumilio. Here it edges the path providing the flat green that many people like in a lawn but without the mowing and the ankle-twisting furrows so often created by lawn edgers. Occasionally the dainty purple flowers pop up as a bonus. I would never have thought of Mazus as a verge plant and it was an experiment using an offcut from a plant inside the fence.

I've put some more Mazus in the waterlogged soil along the edge where the postie path meets the concrete. It will still have a motor bike going over it a couple of times a week but people don't always step so close to the edge. The aim will be to use mulch to cushion the soil from bike and foot traffic and have the mulch and soil bound together by the roots of the mazus.

How is your verge garden coping with the extreme weather this year - heat in the west and floods in the east? Let us know on the Shady Lanes facebook page or in the reverge facebook group.