But what about neglected verges?

This is a common question from people who oppose or are unfamiliar with verge gardening.

What if they don’t look after it?

Well, here are some photos I took of the council-maintained “grass” verge near my bus stop. It’s on a major road with houses backing on to it – which is presumably why council and not the residents maintain it.

Is there even a blade of grass in there or is it all weed, flattened every now and then by a mower pulled by a tractor? Note the grass in the raised bed, looks like it’s been recently sprayed – as have all the bits not accessible to brute force mowing. 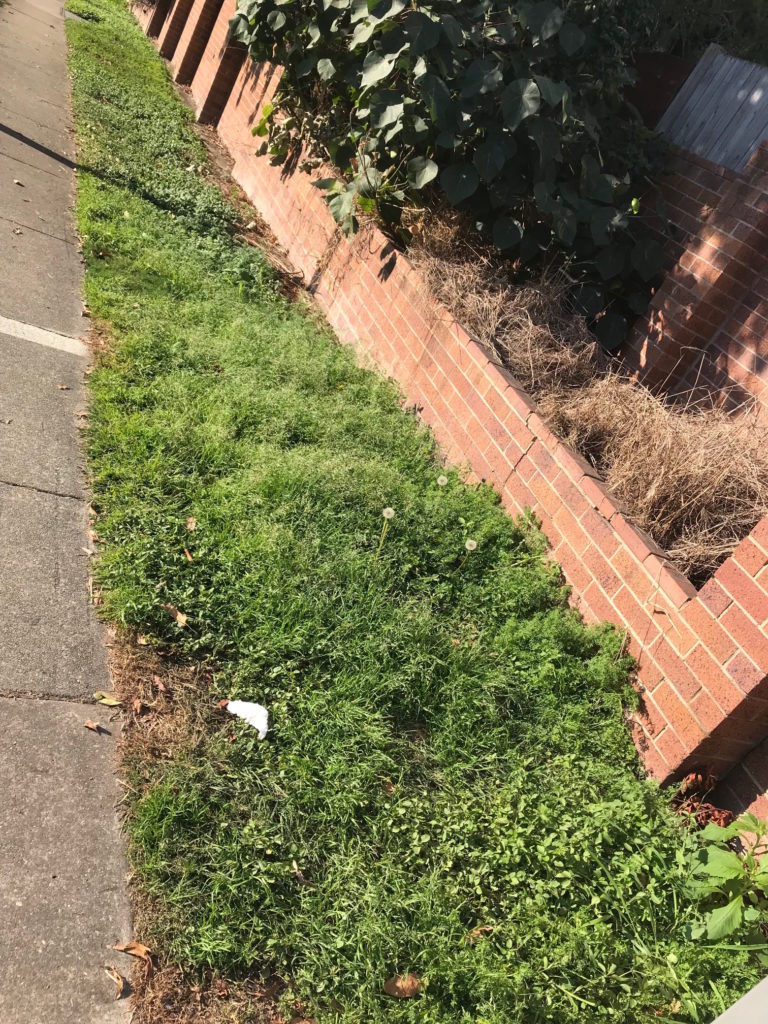 And here’s another view. The edges aren’t done by a machine, it’s all sprayed with glyphosate. I know that it’s glyphosate because I asked council what their contractors who regularly wander around our streets were spraying.

If this is the standard that our verges have to beat in order to be presentable, it wouldn’t be hard to do – especially if you get the planting right using low maintenance, native plants.

Establishing that garden would be no harder and no more expensive than attempting to replace this mess with turf – and with less ongoing maintenance.

And there’s a second question – What if they move and the new residents don’t want a verge garden?

Well, that’s between the old and new resident – just like the garden within. The new resident can replace, maintain, or neglect a grass verge just as easily as they can a verge garden.